You are here: Home1 / NFLTrends

Let’s take a look at today’s Bills Vs. Redskins Match up. Both Teams are 1-1 ATS in the Preseason but both showed a great improvement in week 2. Tonight I see both teams offensive to repeat what they did in the first 2 Preseason games. Here is why I expect the Redskins to cover the spread and cash the Over tonight. The Washington Redskins are 4-1 ATS in their last 5 overall games. The Buffalo Bills on the other Hand are 0-4 ATS in their last 4 games on the grass and 0-3-1 ATS in their last 4 road games. Now some trends that will make the Over probably the easiest win or the Preseason. Combined this Preseason Both Offensives have scored 78 Total points. Redskins went over in both week 1 and 2 of the preseason and the Bills went over in week 1. The Buffalo Bills over is 5-2 in the last 7 games on the grass. The Washington Redskins over is 5-0 last 5 games overall and 4-0 in the Redskins last 4 games on the Grass.

BTW I was Dead on with last night’s Falcons/Dolphins Under. That was Easy Money 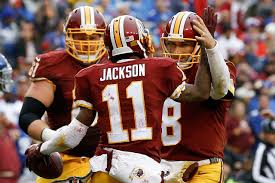