You are here: Home / VicMonte 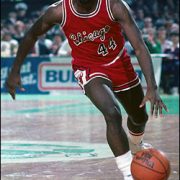 Michael Jordan has been taking some heat over many different things in his ESPN series “The Last Dance”. In the first 2 episodes Jordan described a scene where he was searching a hotel for his teammates, and found them in a room. What a young MJ saw is what we all have seen in life, guys ripping lines, guys smoking blunts and guys banging hookers. The reporter interviewing him asked him if he ever heard of the Term “Cocaine Circus” for his first Bulls team. MJ laughed it off.

Jordans Ex teammate Craig Hodges came out earlier this week and called out MJ for calling out his ex teammates. Hodges said what happens with the boys should stay between the boys. He is 100% correct. However Cocaine was running wild around that time, 1985/1986 – so much so that it got old fast and so many people quickly moved onto smoking Crack Rock, it was cheaper and faster. Sunken faces and missing teeth were a normal thing in the late 1980’s in inner cities. However there we many players that were open about their drug use and suspended.

So lets meet the COCAINE CIRCUS! 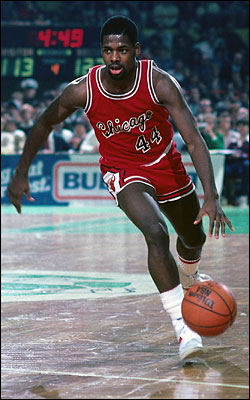 Quintin Daily – the Bulls’ No. 1 draft pick in 1982–seventh overall in the NBA draft and had all the talent. Dailey died at the age of 49 in his Las Vegas home of heart disease in November 2010. He had been working as a referee for the last decade around Nevada while his son was a starting guard for the Eastern Michigan University basketball team. Dailey averaged 15.1 points and started 32 games his rookie season and was bothered all season of a rape allegation. He followed that up by averaging 18.1 ppg in his next season. 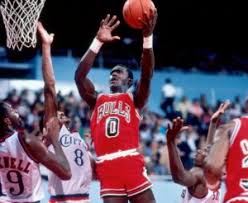 Orlando Woolridge – In 1984 with the New Jersey Nets Woolridge told the National Basketball Association that he had a cocaine dependency problem. Woolridge led the Chicago Bulls in scoring in 1986 and was the last player to lead in scoring before Jordan took over. In 1990-91 the Big O averaged 25.1 PPG and 6.8 RPG for the Denver Nuggets. He was Averaging 29 PPG in the next season before a brutal eye injury. After a long battle with heart disease, Woolridge died on May 31, 2012 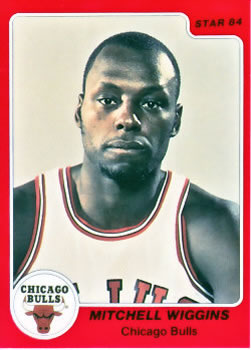 Mitchell Wiggins – Father of yup, Andrew Wiggans. Mitchell was drafted the year before MJ and never played with Michael. However Wiggins tested positive for cocaine incurring a two-and-a-half-year suspension from the league. Along with friend and teammate Lewis Lloyd. The Rockets also had John Lucas on that Team. I am guessing those Rockets teams we’re party animals this season! He played up until 1991 for the Philadelphia 76ers.

Ennis Whatley – a quick, 6-foot-3-inch point guard, looked as though he might run the Bulls for a decade! The Bulls` house-cleaning began when Jerry Reinsdorf bought the team in 1985. Whatley was gone after the 1984-85 season when he averaged 8.4 points and 8.3 assists in 27 minutes per game. Back in 1992 Whatley said ”I`ve been clean now for six years,” said Whatley, who credits being a born-again Christian with helping him save his life and basketball career.

The 1980’s were a wild time in the Drug Game. Coke to Crack all in a decade. The Cocaine Circus Bulls, How about the 1986 Rockets, Wiggins, Lloyd and Lucas, but the saddest story of all lost in this uptick is the death of Len Bias. RIP Stay Away from the Hard Stuff 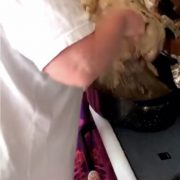 There is nothing like cooking a turkey for thanksgiving or Christmas dinner. It takes 24 hours to defrost, 8 hours to brine, 12 hours to cook. If done right it, it could be one of the best meals you can have. Served with stuffing and incredible sides.

This lady clearly fumbled late in the 4th quarter! Not only was dinner ruined she probably had burns all over her feet. This is the main reason you never cook with bare feet! I bet they ordered Chinese food! 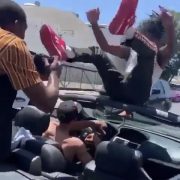 It has to be tough to be a rapper coming up in 2019. You have to do stuff on “the gram” to stand out, look hardcore, get street cred, show you’re “about that life”

Doing a rap video, on your friends convertible window, while the car is moving, with a big gold chain on seems like a great idea!

This wanna be rapper clearly lacks any athletic ability & balance. He now owes his friend about $1,000 or more on a new window. I hope he blows up quick to replace that window!